Ogilvy & Mather has created over $1,480,000,000 worth of advertising. Here, with all the dogmatism of brevity are 38 of the things we have learned.

What Works Best In Television

13. Problem-solution (don’t cheat!) You set up a problem that the consumer recognizes. And you show how your product can solve that problem. And you prove the solution. This technique has always been above average in sales results, and it still is. But don’t use it unless you can do so without cheating: the consumer isn’t a moron. She is your wife.

15. Slice of life. These playlets are corny, and most copywriters detect them. But they have sold a lot of merchandise, and are still selling.

16. Avoid logorrhea. Make your pictures tell the story. What you show is more important than what you say. Many commercials drown the viewer in a torrent of words. We call that logorrhea, (rhymes with diarrhea.) We have created some great commercials without words.

19. Stand-ups. The stand-up pitch can be effective, if it is delivered with straightforward honesty.

21. Animation and cartoons. Less than 5% of television commercials use cartoons or animation. They are less persuasive than live commercials. The consumer can not identify herself with the character in the cartoon and cartoon’s do not invite belief. However, Carson-Roberts, our partners in Los Angeles, tell us that animation can be helpful when you are talking to children. They should know, they have addressed more than 600 commercials to children.

22. Salvage commercials. Many commercials which test poorly can be salvaged. The faults revealed by the test can be corrected. We have doubled the effectiveness of a commercial simply be re-editing it.

24. Grabbers. We have found that commercials with an exciting opening hold their audience at a higher level than commercials which begin quietly.

What Works Best In Print?

25. Headline. On the average, five times as many people read the headline as read the body copy. It follows that, if you don’t sell the product in your headline, you have wasted 80% of your money. That is why most Ogilvy and Mather headlines include the brand name and the promise.

26. Benefited headline. Headlines that promise to benefit sell more than those that don’t.

27. News and headlines. Time after time we have found that it pays to inject genuine news into headlines. The consumer is always on the lookout for new products or new improvements in an old product, or new ways to use an old product. Economists — even Russian economists — approve of this. They call it “informative” advertising. So do consumers.

28. Simple headlines. Your headline should telegraph what you want to say — in simple language. Readers do not stop to decipher the meanings of obscure headlines.

29. How many words in a headline? In headline tests conducted with cooperation from a big department store, it was found that headlines of 10 words or longer sold more goods than short headlines. In terms of recall, headlines between 8-and-10 words are most effective. In mail order advertising, headlines between 6-and-12 words get the must coupon returns. On the average, long headlines sell more merchandise than short ones — headlines like our “At 60 miles an hour, the loudest noise in this new Rolls-Royce comes from the electric clock.”

30. Localize headlines. In local advertising, it pays to include the name of the city in your headline.

31. Select your prospects. When you advertise your product which is consumed by a special group, it pays to flag that group in your headline — mothers, bedwetters, going to Europe?

32. Yes, people read long copy. Readership falls off rapidly up to 50 words, but drops very little between 50 and 500 words (this page contains 1,909 words, and you are reading it). Ogilvy & Mather has used long copy — with notable success — from Mercedes Benz, Cessna Citation, Merrill Lynch, and Shell Gasoline. “The more you tell, the more sell.”

33. Story appeal and picture. Ogilvy & Mather has gotten noticeable results with photographs, which suggest the story. The reader glances at the photograph and asks himself, “what goes on here?” Then he reads the copy to find out. Harold Rudolph called this magic element “story appeal.” The more of it you inject into your photograph, the more people look at your advertisements. It is easier said than done.

36. Use captions to sell. On the average, twice as many people read the captions under photographs as read the body copies. It follows that you should never use a photograph without putting a caption under it; and each caption should be a miniature advertisement for the product — complete with the brand name and promise.

38. Repeat your winners. Scores of great advertisements have been discarded before they have begun to pay off. Readership can actually increase with repetition — up to five repetitions. 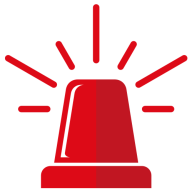